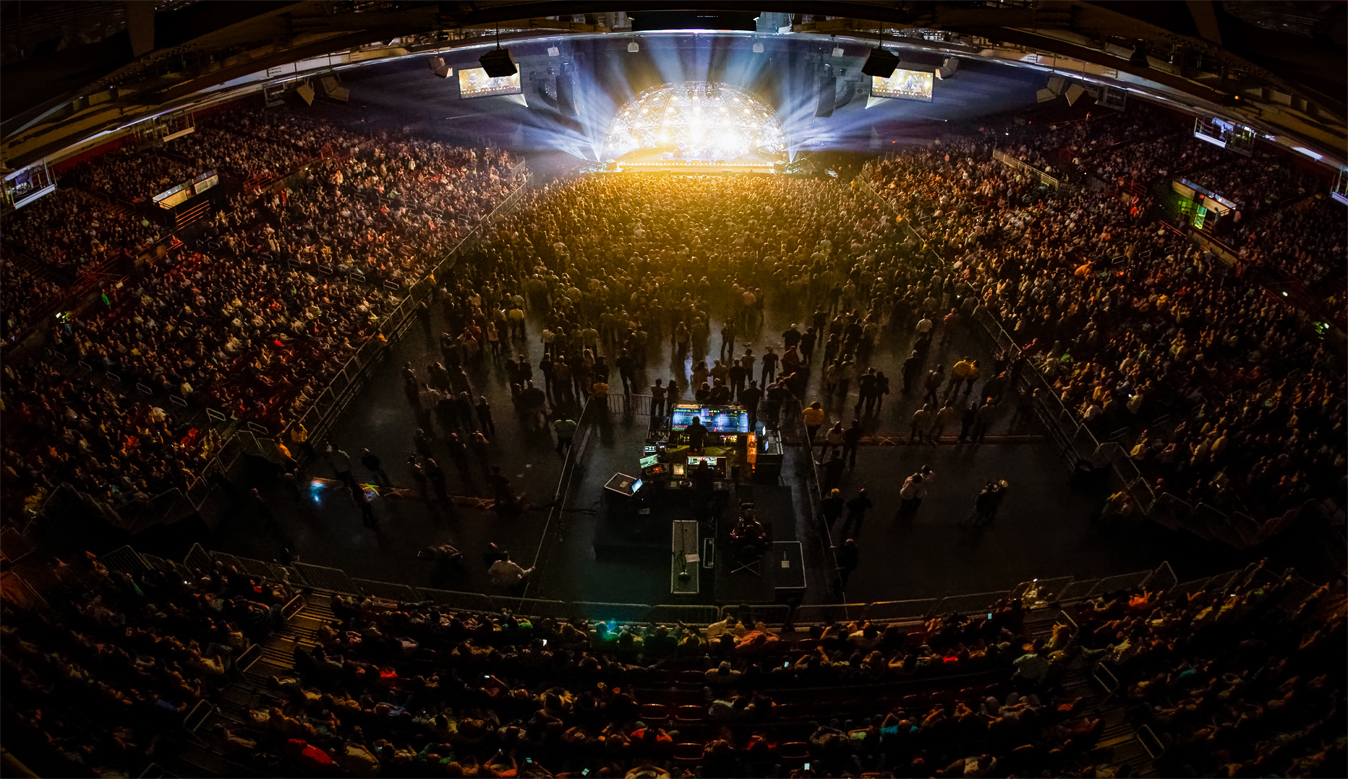 The Show Me Center attracts thousands of guests a year, from all over the tri-state region and across the nation. This area of our website provides some basic information about our arena, including guidelines to review before visiting us. If you are looking for any information on the arena which you cannot find on this site, please contact us at (573) 651-2297 or smc@semo.edu.

All Show Me Center guests 2 years of age and older are required to have a ticket, unless noted by a specific show. Guests under 2 may sit in a ticketed guest’s lap.

Guests are expected to obey all state and local laws governing the purchase, possession and consumption of alcohol. It is illegal for anyone under the age of 21 to consume alcoholic beverages. In addition, the following items are to be noted: The Show Me Center reserves the right to deny entry to anyone who appears to be impaired. There shall be a maximum limit of two alcoholic beverages sold to each guest, per purchase, per valid ID. All guests who appear to be younger than 35 will be asked to show positive identification prior to being served alcoholic beverages. Acceptable forms of valid United States identification are: Driver’s License, Passport, United States Passport Card, State Issued I.D. Card w/ Photo, Military I.D. w/ Photo and Mexican Consular Card. The Show Me Center reserves the right to eject anyone under the age of twenty one (21) who is observed to be in possession of, or consuming alcohol on the premises.  Guests must discard alcoholic beverages prior to exiting the building.

The Show Me Center reserves the right to change or modify the alcohol policies at any time.

Animals are not permitted inside of the Show Me Center, unless they are service animals.

For your convenience, two ATMs are located inside of the Show Me Center.

Audio/Video recording devices are prohibited for all Show Me Center events.

Non-flash, Non-professional still photography is permitted at most Show Me Center events. The Show Me Center defines professional cameras as any camera with a detachable lens. The use of cameras may not interfere with another guest’s ability to enjoy the event.

For details regarding the camera policy for a specific event, please visit the event info page.

The Show Me Center rarely cancels or postpones events due to inclement weather. Please be advised that tickets for all events are sold on a non-refundable and non-exchangeable basis. This stipulation is clearly marked on the back of each ticket. Should a decision be made to cancel or postpone an event, this information will be posted as soon as it is determined.

If you become separated from your child during an event please seek the nearest Usher or Security. When bringing children to an event it is always helpful to make sure that the child has their contact information, ticket or seat location with them at all times.

Items found before, during or after an event should be turned into an Usher or the Box Office.

All items will be kept for 7 calendar days. After day 7, ID’s and credit cards will be sent to SEMO DPS. All other Item(s) will be donated to charity or disposed of at the discretion of management if not claimed. The Show Me Center management assumes no responsibility for any lost or damaged items.

Guests can check the main Box Office at any point during an event for a lost item. After an event, guests can call the Administrative Offices at (573) 651-2297.

The following items are prohibited from entering the Show Me Center:

*Bag exceptions for medical and parent bags but they will be subject to search.

The Show Me Center will be wanding and doing bag checks at all major events.

The Show Me Center is a smoke-free arena (this includes vaping), however, smoking access is open at the Smoking Patio. The Smoking Patio is located on the North Concourse next to the SEMO Redhawk Basketball Offices. Guests are allowed to smoke outside as long as they are at least 15 feet from any entrance. Access times and procedures for other events vary based on the event.

Guests must have their tickets on their persons at all times when attending an event. Screenshots of tickets and printed PDFs of tickets will not be accepted.

Tickets purchased via third party methods cannot be reprinted. The third party vendor must be contacted for resolution.

You must have a valid photo I.D. that matches the name and address on the ticket account.

@natebargatze will be here next week with his Rain

IT'S GAME DAY! Your @semoredhawks MBB takes on the

See Mickey and his friends Feb. 23-26 while we all

It is the final day of the @semoartscouncil Christ